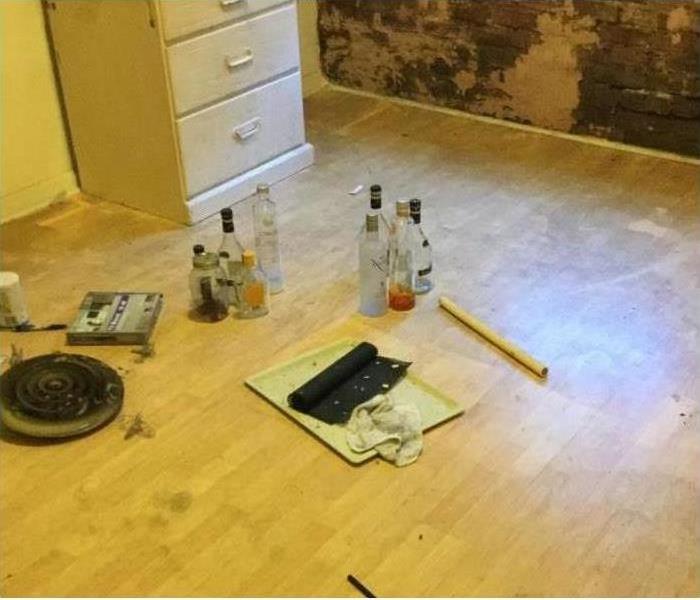 Usually when a quiet evening at home is planned, it is to hang out enjoying the tranquility of one’s own home.  Will much to our surprise one night as we were basking in a quiet evening only to have our lives thrown into a tailspin when we realized a smoke was beginning to fill the air.  A candle in a bedroom had ignited a fire causing smoke to fill the air.  The fire department arrived and extinguished the blaze.  Once the fire department left, we called SERVPRO who was onsite in less than an hour.

SERVPRO promptly began a water mitigation to remove the water caused from extinguishing the fire.  SERVPRO set out drying equipment to ensure all surfaces were completely dry, their next step was to remove the soot off the surfaces caused by the smoke.

We were very happy with the entire process and SERVPRO making it “Like it never even happened.”

View More Before & After Photos